A small CRT-TV is reincarnated to something like a Japanese traditional three stringed instrument, sanshin. While sanshin is a variant of san-sen which literally means three strings, Telesen has multiple, more than three strings, strings being metaphors of stripes on the screen. Telesen produces sound when a player catches static electricity emitted from the CRT-TV screen by a conductive plectrum. The pitch can be changed by changing the number of stripes on the screen and the wavelength using the controller on the neck of Telesen. A bard with Telesen passes down the story of the rise and fall of analogue broadcasting from generation to generation!
This is not a Japanese Shamisen, but a Teletanese Telesen. 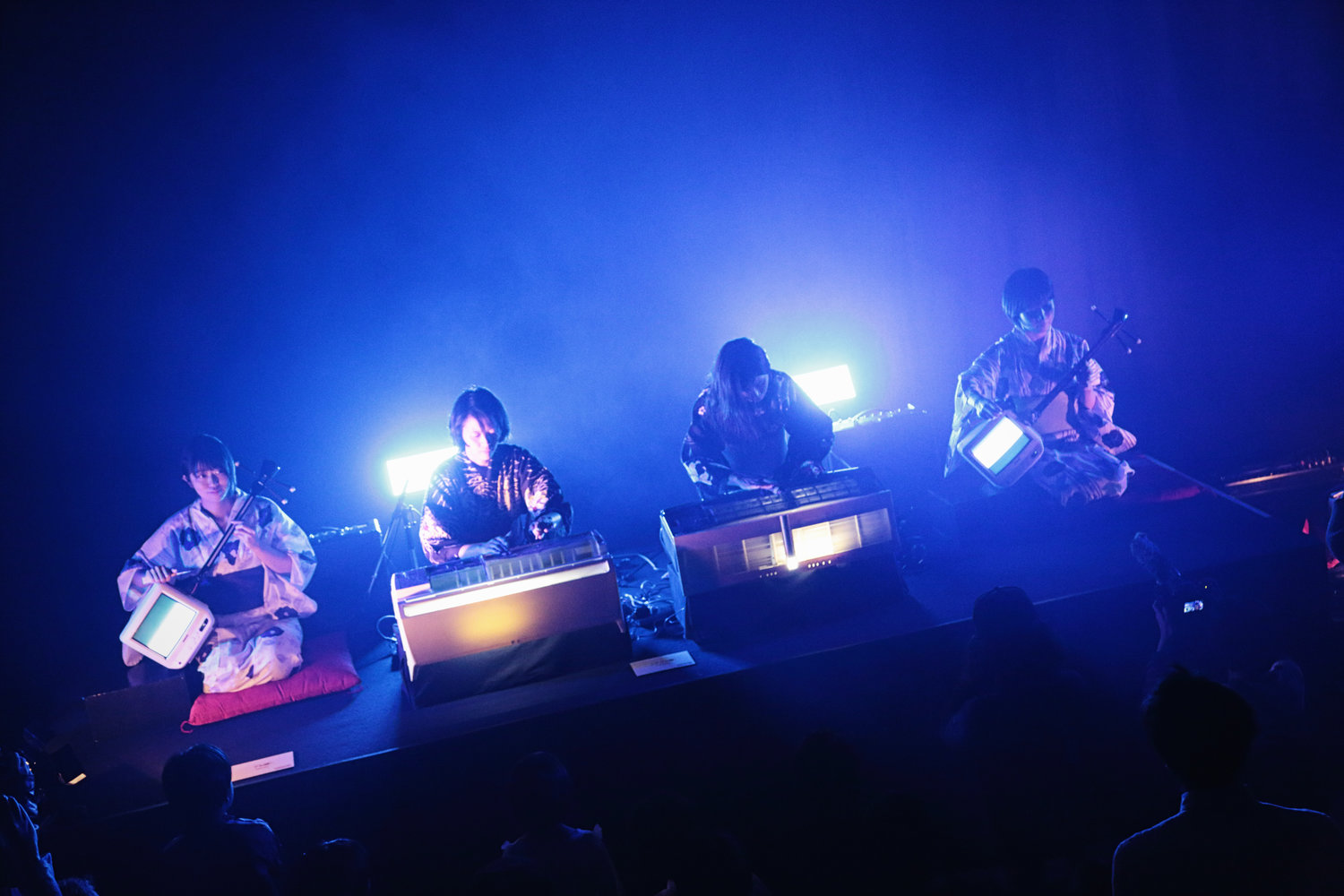 Scenes from the Electromagnetical Parade in Nagoya

Memories from the Electromagnetical Parade in Nago

Neo Young Person's DIY Elemag Band in Nagoya has b

The CRT instruments that send images at a rate of

Sign up for our newsletter with the latest and in-depth information.

For inquiries, please contact us from the link below.
Please see FAQ before contacting us.